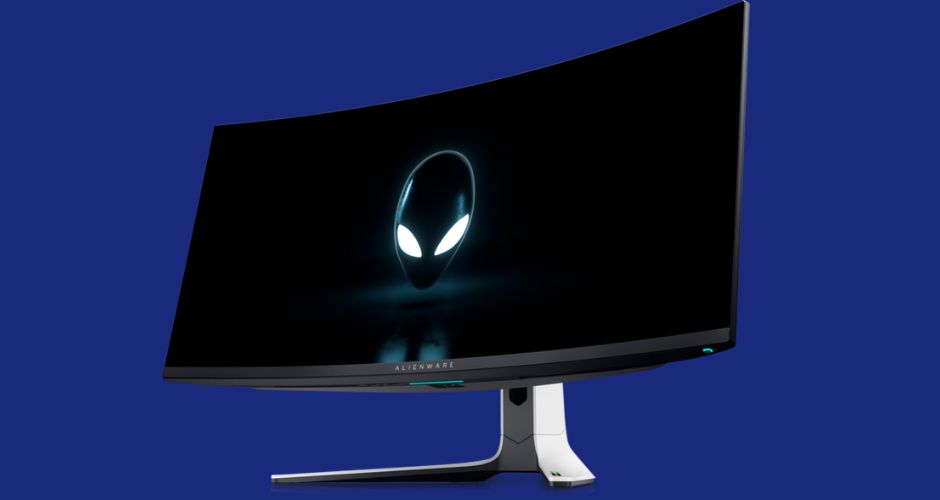 We love to see perfect visuals of any images or videos, even for gaming. Are you looking for a new OLED monitor but not sure whether it is worth it or not?

Well, we are here to rescue you as these are trending on the market right now. In this write-up, we will discuss all the necessary information that you need to know about OLED monitors.

What is OLED monitor? Basically, OLED monitors are the usual computer monitors consisting of OLED pixels instead of liquid crystals. OLED represents Organic Light-Emitting Diodes. For functioning, Liquid Crystal Display (LCD) requires backlighting, but OLED does not. These monitors have high display quality and can show images, videos, or texts on any size of the screen.

What Does OLED Mean?

The carbon film is filled between the panel and the glass screen, making it organic.

OLED is used as a source of the backlight in different electric equipment for lighting as it consumes less power and energy. The panels release light when any current passes through.

What is OLED Monitor?

As we already know the meaning of OLED, let us talk about OLED monitors. An OLED monitor is a very lightweight and thin device that emits light of its own with the help of electricity.

It does not need any backlighting like other monitors. This is a specialty of OLED monitors that is not in any LCD or LED monitors.

Images or videos are usually black and white that need a CCFL or cold-cathode fluorescent light to show us the colors.

Also, it does not require any high power to run or for brightness. Moreover, these monitors do not depend on any backlight to turn them off.

As they are emitting the light themselves, so they can turn it off when needed.

There are ample of OLED monitors available in the market. Also, there are some accessories available like screen sensors, display bezel, display kits, etc.

However, we have found the two types of OLED monitors represent all the technical characteristics of an OLED.

If you are still unable to recognize AMOLED displays, let us tell you that all smartphones and high-end and advanced gadgets have these displays.

The image quality is extraordinary, although having a thin and flexible panel that is highly efficient.

However, there are some cons of AMOLED displays, such as short life span, unable to show a bright image under sunlight, etc.

POLED stands for Polymeric Organic Light-Emitting Diodes. This is a new technology that has been recently developed.

These screens have a layer of plastic substance rather than glass materials. However, the features, pros, and cons are almost the same as AMOLED, with some minor differences.

People are liking POLED displays more. The screens are incredibly flexible, which is very demanding nowadays.

Also, these screens are used for commercial purposes to show different software and applications in a large display.

Read here all about- Matte VS Glossy Monitor.

Many think that OLED and LED monitors are the same, but it is not. There is some basic difference between these two monitors.

The best thing about OLED monitors is they can release the light to the screen on their own. Also, if any dark or black pixels are displayed, the monitor shuts off immediately.

Whereas LED monitors are not able to do that, so they cannot compete with OLED monitors in terms of contrast ratios.

OLED monitors have the widest viewing angles so that one can view from any angle. LED monitors are still suffering to improve in this sector.

Although OLED monitors are far better than LED monitors, their lifespan is shorter compared to the latter.

OLED monitors have a disadvantage of image retention or burn-in screens, as the pixel quality is brighter than LED monitors.

Where to Find OLED Monitor?

We can use OLED monitors for many purposes. Usually, these monitors can be found in smartphones, television, laptops, smartwatches, gaming monitors, etc.

Also, there are some brands that use these monitors, such as LG, Sony, Samsung, Panasonic, Philips, etc.

Many do not know that the OLED monitor is produced by LG, and all the other brands source the display from them.

Read here– What is IPS Glow?

Pros and Cons of OLED Monitor

Every gadget has some pros and cons, and so do OLED monitors. We have found some of them, and they are as follows.

As a new technology, the advantages are many.

OLED monitors can illuminate on their own such as when the screen displays a black color and it automatically shuts off. Whenever the power is off, the screen shows up in black as they do not release any light.

There are some people who sit precisely in front of the television. We want to enjoy the visual effect perfectly when we are watching from an angle.

OLED monitors have broad viewing angles that are unavailable in the LCD or LED monitors.

As OLED monitors do not need any backlighting and turn off immediately while delivering black pixels, they are saving energy. If we maintain the brightness to a standard level, the energy will be saved.

OLED monitors are not only famous for watching television but also for gaming. The response time of an OLED monitor is excellent, and it is generally 0.2ms.

Response time means how fast a pixel can change the color from one to another.

OLED monitors have a super-thin panel that includes hardware with the processor, speakers, and other necessary applications.

Usually, the thickness of the panel is 2.5mm. However, it totally depends on the monitor model.

The best news is OLED monitors are not as expensive as before. The maximum number of people can afford these monitors.

It is a little more costly than LCD or LED monitors. But, we can pay some more to avail of the best technology.

There are some disadvantages that we cannot avoid.

There is no denial that the pixel quality is top-notch, but we cannot avoid that the brightness is not that worthy.

If we are viewing high definition, we can see that the brightness level is normal and not up to the mark.

Image retention has been the top issue since these monitors came to the market. After using it for a long time, the image starts to retain, such as the channel logo displayed on the screen even after shutting off the monitor.

As screen burn-in in OLED monitors is permanent, we need to use it carefully to avoid this.

Should I Buy an OLED Monitor?

Of course, there are some cons, but if we see the pros, it outshines the cons. As the technology is new, it is improving day by day and is more affordable than before.

The performance is outstanding with the rich picture quality and contrast ratio. If you want to invest in a gadget that provides the best picture quality, buying an OLED monitor is worth it.

Whether you are looking for a television, gaming device, mobile phone, or smartwatch, OLED monitors shine bright in every category. Moreover, it is excellent for gaming as the motion gets less blur.

Should I Need to Worry About Screen Burn-In?

Screen burn-in is common in OLED monitors. After a long-term usage, screen burn-in or image retention can happen in any device.

Screen burn-in means a specific mark becomes permanent on the image panel. Talking about worrying, the simple answer is no, and you do not need to worry about this.

Image retention happens when you play an image or video on repeat for a long time. Also, if you carefully use the OLED monitor, it can serve you for ages.

In recent times, OLED monitors have surprised us with their continuous development and budget-friendly options.

Even two years ago, it was selling for an expensive rate. But now, they are becoming cheaper with some great features.

The producers have introduced a new panel with quantum dot emitters that help improve brightness.

Although LG is the first brand to introduce OLED monitors, now many other brands are working to develop the technology of OLED monitors.

We hope we have covered the ins and outs of what is OLED monitor. Now that you know all the details about an OLED monitor, you can easily buy one according to your choice.

If you have already purchased an OLED monitor, we suggest using it very conscientiously so that you can avoid burn-in problems.

If you are still thinking about whether to invest in an OLED monitor or not, we can say that you will experience the best view like never before.